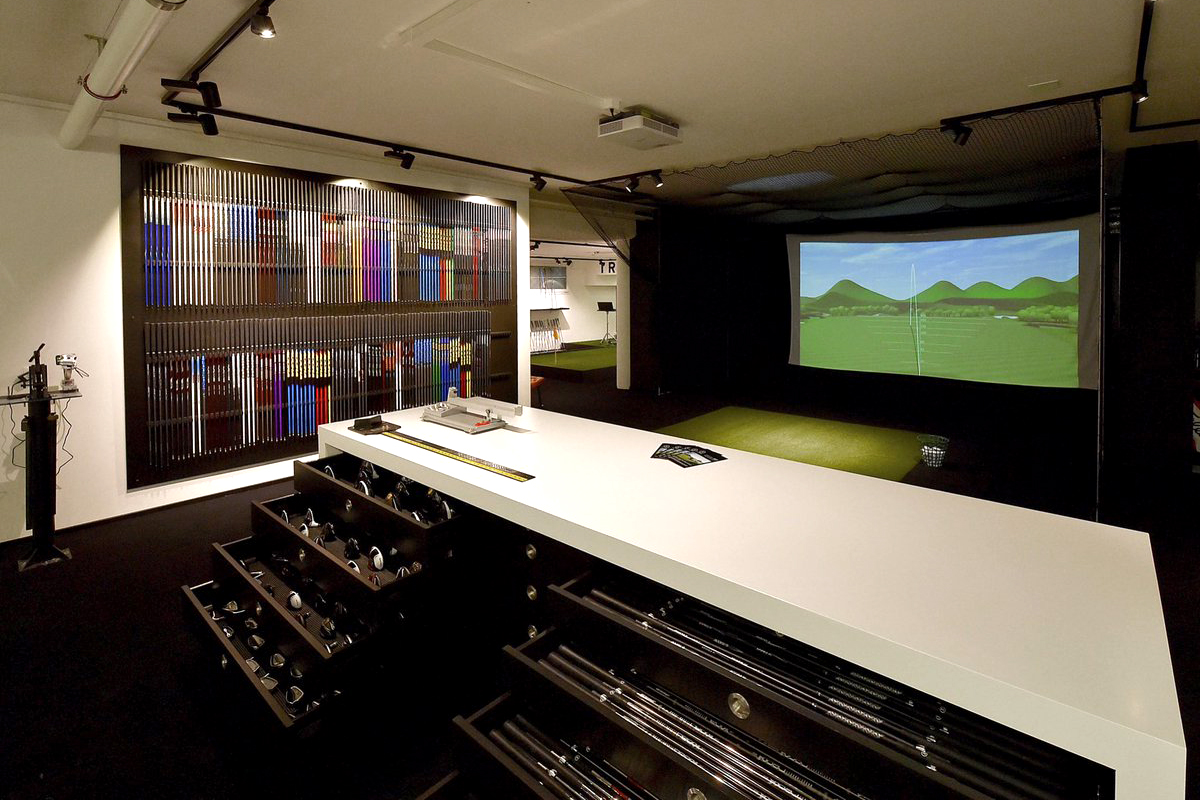 I am talking about the picture of the beautiful club-fitting studio with all the latest technologies in club heads and shafts.  Then on the table is a Swingweight Scale!  What a waste of time, money and technology.  This instrument is preventing every golfer from reaching his or her potential.  Instead, the Mass and MOI of each of your clubs should be optimized to fit your body.  Then your subconscious mind only has to ingrain one swing rather than 13.  This patented technology, named BioMatch, is now available to every golfer online and it is easily applied to your existing clubs.  Your game will improve effortlessly as accuracy and distance increase. 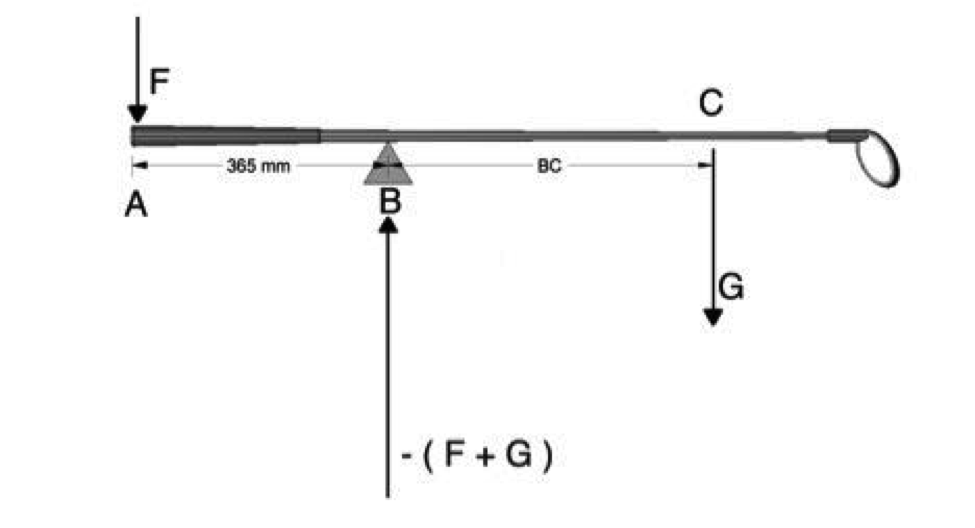 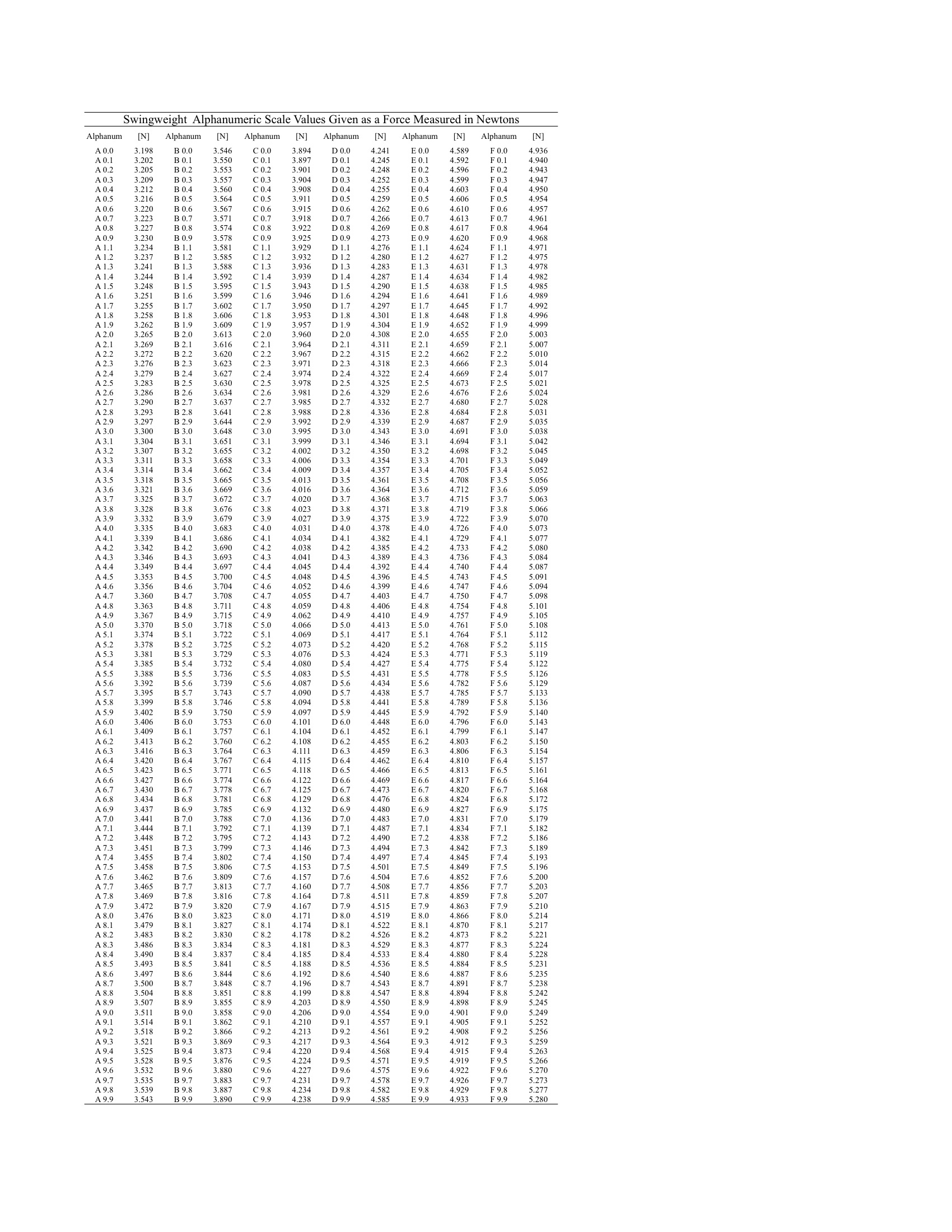 Robert Adams of Waban, Massachusetts, made the first known system for matching golf clubs within a set in the early 1920s. His Swingweight Scale is called the Lorythmic Scale. It measures the upward force at the grip end of the club when balanced on a point 14 inches down the shaft.  Robert Adams stated in his patent that approximately 14 inches is the preferred distance for golf clubs.  No scientific reasoning for choosing 14 inches was offered. The Swingweight is measured in an arbitrary system of letters and numbers. The letters range from A to G, and the numbers range from 0 to 9. A0 being the lightest, and G9 the heaviest. Howe Scale Company in Massachusetts produced the scale. Kenneth Smith started to use this system for matching the golf clubs he was producing. Later his company was also producing such a scale. At some stage, Kenneth Smith recognized that there were some deficiencies in the Swingweight system. For all the clubs in the set to have the same feel, he realized that the woods had to be two Swingweight numbers higher than the irons. This was accepted amongst professional golfers at the time. To correct for this, Kenneth Smith introduced the Official Swingweight Scale in the late 1940s. The balance point of the new scale was set at 12 inches rather than 14 inches. The idea was that all the clubs, irons, and woods, should feel the same when they had the same Swingweight. The Official Swingweight Scale measures the Swingweight in ounces, indicating the load that has to be applied at the grip end to balance the golf club. The Official Swingweight Scale did however not catch on. The original Lorythmic Scale created by Robert Adams is still used by all the major golf club manufacturers.

If a set of clubs having the same grips and completely identical shafts trimmed incrementally are matched by Swingweight using only the club head for making adjustments, then the MOIG (Moment of Inertia around the center of the Grip) of each club will be reasonably matched.  This was the original intent for the swing-weight process and worked reasonably well for the clubs of the time. However, because swing-weight is a static property of a club and moment of inertia is a dynamic property of a club, Swingweight matching is, at best, an approximation of the technically more useful MOIG matching.

With the more modern shafts, that have purposeful variation along their length, and the tendency to mix and match a variety of shafts and club heads within a single set, the less likely it is that a Swingweight matched set will resemble an MOIG matched set.  Because the Swingweight Scale is not an MOIG measurement device, it does not produce a set of clubs with a matching moment of inertia.

Below is a graph showing that there is no relationship between Swingweight and MOIG. The graph was made by taking measurements of a random set of golf clubs.  If swingweight had been related to the moment of inertia, the graph would have resembled a straight line.