Golf club makers have for almost a century matched golf clubs according to various versions of the Swingweight method. Swingweight is an arbitrary method without any basis in science.  Even the inventor states that in the patent document.  Most club fitters and club makers are still relying on this outdated method that was invented as an approximation to Moment of Inertia around the center of the grip (MOIG).  It is a general method of measuring heft of all kinds of sports equipment, such as tennis rackets, Baseball bats, etc.

Howe Scale Company in Massachusetts produced the scale. Kenneth Smith started to use this system for matching the golf clubs he was producing. Later his company was also producing such a scale. At some stage, Kenneth Smith recognized that there were some deficiencies in the Swingweight system. For all the clubs in the set to have the same feel, he realized that the woods had to be two Swingweight numbers higher than the irons. This was accepted amongst professional golfers at the time. To correct for this, Kenneth Smith introduced the Official Swingweight Scale in the late 1940s. The balance point of the new scale was set at 12 inches rather than 14 inches. The idea was that all the clubs, irons, and woods, should feel the same when they had the same Swingweight. The Official Swingweight Scale measures the Swingweight in ounces, indicating the load that has to be applied at the grip end to balance the golf club. The Official Swingweight Scale did however not catch on. The original Lorythmic Scale created by Robert Adams is still used by all the major golf club manufacturers (Maltby, 1995).

If a set of clubs having the exact same grips and completely identical shafts trimmed incrementally are matched by Swingweight using only the clubhead for making adjustments, then the MOIG of each club will be reasonably matched. This was the original intent of the Swingweight process. When the Swingweight method was introduced it had some credibility as all the shafts in the set of clubs at the time were made out of wood. However, today, with the more modern shafts, that have purposeful variation along their length, and the tendency to mix and match a variety of shafts within a single set, the less likely it is that a Swingweight matched set is relevant as a method of matching golf clubs.

Another flaw is that the Swingweight method tries to make all the club FEEL the same by trying to make all the clubs have the same moment of inertia around the center of the grip (MOIG).  If you still believe in Swingweight, you should at least measure the MOIG rather than rely on an approximation.  These instruments are available at Rational Golf.

So Why Do Golfers Still Rely on Swingweight, even at the highest level?  Do golfers not believe in Science or even simple physics? 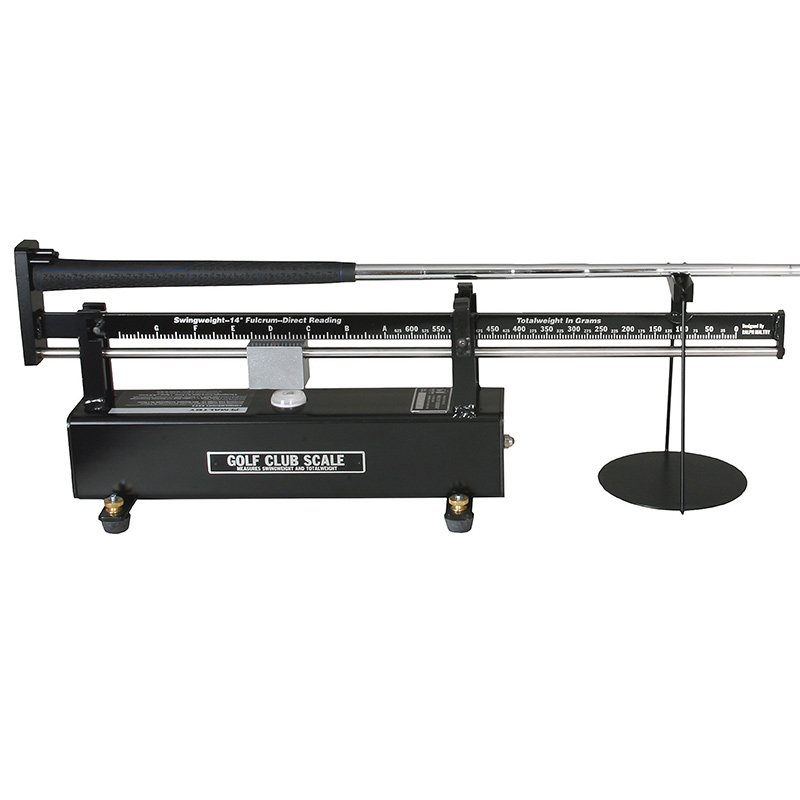